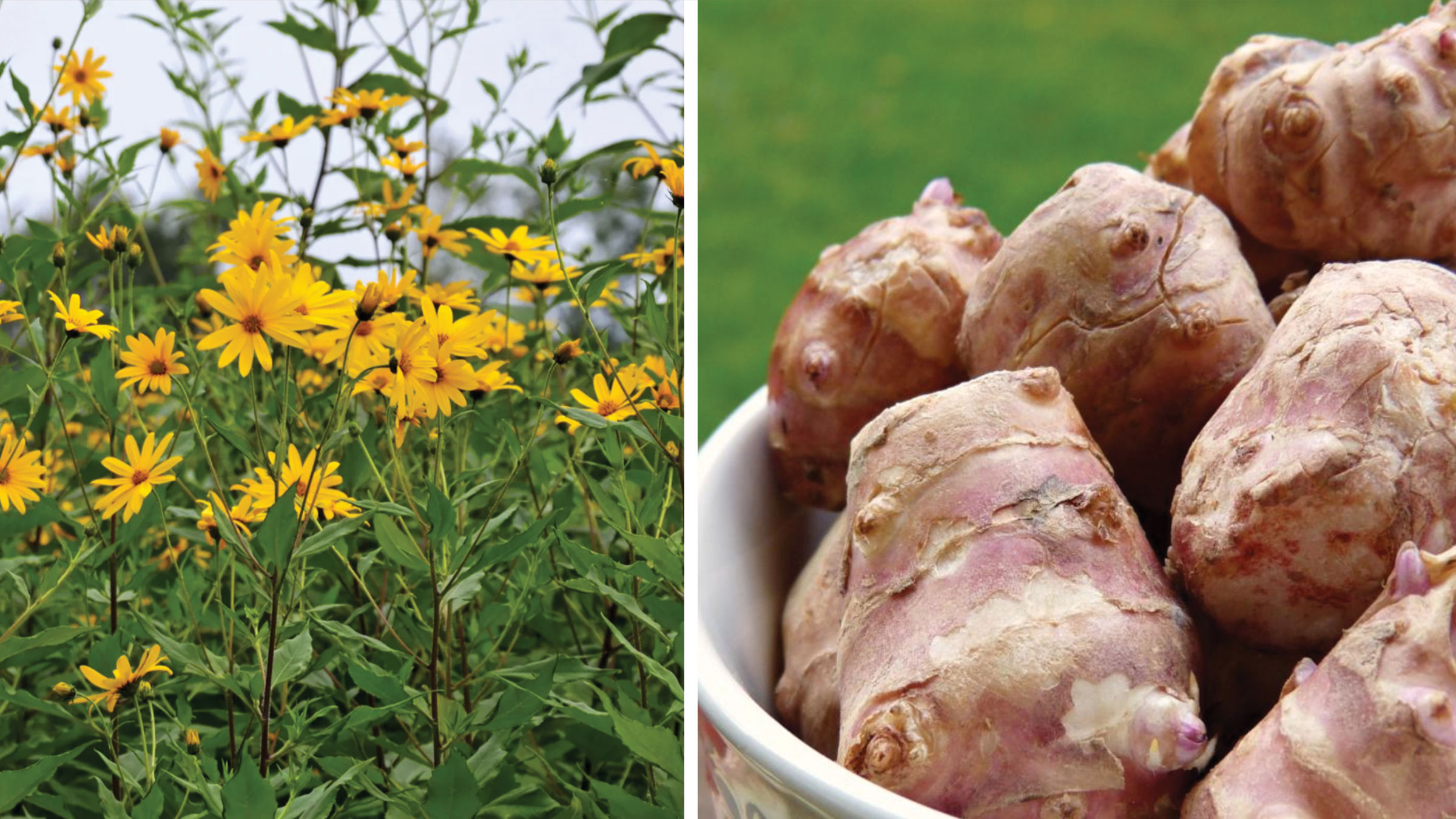 Is it an artichoke? Nope.
Is it from Jerusalem? Not even slightly.

This plant had been deemed useless and a pest for years. Although, it has an edible tuber that is quite tasty. It only recently gained popularity in the USA, when a famous chef decided to cook with it. So now growing your own food has never been more fashionable, or tasty with this plant!

What does it taste like? If consumed raw, it has a crunchy, clean, fresh, sweet, and nutty taste. Often compared to a water chestnut. When cooked it is like a cross between a potato and an artichoke. So you can make chips, soups, home fries, etc. with the Jerusalem artichoke.

Plant the Jerusalem artichoke in early spring, in well-aerated, well-draining soil. It should be watered well after it is planted, and then be given 1 inch of water a week.