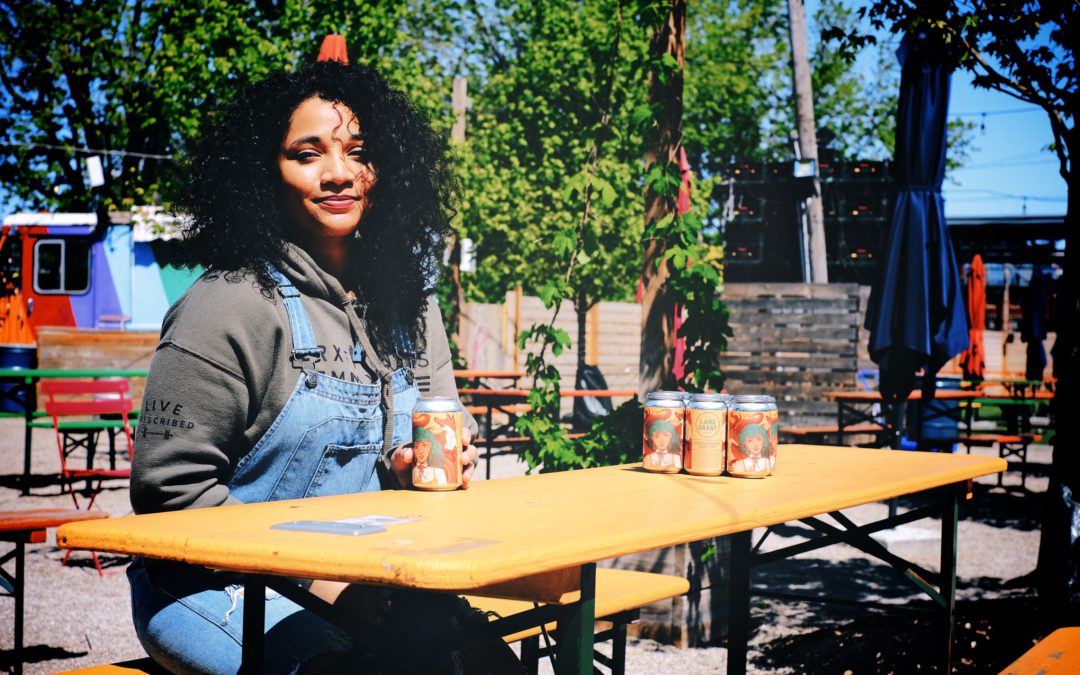 Here at Land-Grant, one of our biggest points of pride is being part of the Franklinton community, where art and creativity are celebrated everywhere you look. We love having expanded our taproom to include a Beer Garden and Turf Recreation Area – two beautiful, large outdoor spaces that offer a welcoming place for the community to safely gather and socialize.

In partnership with the Franklinton Arts District, we’re thrilled to be home to the 2021 Franklinton Fridays Music Series, where – on the second Friday of each month from May through September – we’ll have live music on our Beer Garden stage. In conjunction with Franklinton Fridays, these FFMS shows will be free to the public and will showcase a variety of talented local musical and visual artists. In addition to the opening and headlining musical acts, each concert will also feature special performances of songs created by young students from local non-profit We Amplify Voices (WAV).

In addition to hosting local live music, we will be releasing a new Benefit Beer featuring the artwork of a local artist on every Franklinton Friday. Each month, a different local artist will create a design – inspired by the upcoming headlining musical act – that will be featured on a concert poster and the beer label of one of our Experimental Series brews. Single cans and six-packs of these limited edition Benefit Beers will be available exclusively here at Land-Grant, with proceeds from their sales going back into our community to support the art and artists of the Franklinton Arts District.

The ABCs – Artist Behind the Cans

Jazzy spends her days working as a corporate designer in both graphic and motion design for national QSR brands like Popeyes, Burger King and Tim Hortons. A big fan of animated films and shows, video games and music, her personal interests influence and inspire a great deal of her portfolio.  When she’s not busy designing packaging and marketing materials for major consumer brands at her day job, you can find her working to weave her passion points into her side-hustle, freelancing on a variety of projects from merchandise to murals.

“This was so fun for me and I’m so glad I got the opportunity to create this label and poster. I’d love to continue doing more music-oriented projects like album covers and posters, and dive into more entertainment-oriented work, things like animated videos, anime and video games.”

Jazzy’s label design on the Franklinton Friday Music Series Benefit Beer showcases her immense talent in digital illustration and packaging design. Inspired by headlining musical act Red Healer and their “Feel Good Folk Soul” style, her design on this Hazy IPA not only pulls in the tones of the band’s look and sound, but also pays homage to her love of anime.

LET’S KICK IT OFF

This Friday, May 14, we are thrilled to kick-off our summer of Franklinton Fridays Music Series. We will not only be featuring Jazzy’s art through the release of the limited-edition Hazy IPA, but also on showcasing her other works on display throughout the taproom. Music from Red Healer, with opening act Payton Ramirez, will begin at 6:30pm. Take a listen to these talented performers below and get ready for a night of great music, fantastic art, and fresh local beer.

For details about the upcoming 2021 Franklinton Fridays Music Series events, check out each of the dates on Facebook: June 11, July 9, August 13 and September 10.